You won’t find any hot dog, chicken nugget, or cheese burger at this public elementary school cafeteria, and the kids are genuinely loving it! Even if it seems that most Public School 244 students were already vegetarian at home, the idea to go meatless reflects a growing trend in the United States. Americans consumed 12 percent less meat in 2012 than in 2007 according to The Department of Agriculture , and Forbes Magazine named high-end vegan food the number one food trend last year. PS244 was not the only school to go in the vegetarian direction. Last September, a San Diego Unified School  adopted “Meatless Monday” in its elementary schools. (Read the full article about PS244 and its vegetarian cafeteria here.)

Changing diet is also a good opportunity for schools to teach larger lessons related to Humane education – the idea that health, environment and treatment of animals must be taken in consideration in our daily life choices. Watch this video of Zoe Weil of the Institute of Human Education speaking at TedExDirigo explaining why receiving humane education at a young age is so important:

Another step in the right direction

One of the great changes brought into effect by “Obamacare’ in the U.S. recently was that chain restaurants (those with 20 or more locations) must now post nutritional information, including calorie content, total fat, saturated fat, cholesterol and sodium, on all regular menu items. It’s not going to bring hordes of healthy eaters back to McDonalds, and it may not change the minds of the fiercest fried chicken fans, but it’s definitely a step in the right direction. In the meantime, if you’re feeling like you can’t resist fast food, but don’t want to regret it later, here are some chains that actually seem to care about nutrition:

Mexican-inspired chain Chipotle is actually pretty revolutionary for a fast-food giant. Not only do customers have complete control over what goes into their burrito, but ingredients are often locally sourced, and the company has a commitment to serving hormone- and antibiotic-free meat. Their mission statement talks about “food with integrity”, and aims to respect “animals, farmers, and the environment”. They try their best to use only sustainably-grown crops and humanely-raised animals.

Tim Hortons: Although this Canadian coffee institution is best known for it’s not-so-diet-friendly doughnuts, the restaurant chain is serious about offering healthier alternatives being socially responsible, and taking measures to reduce, reuse, and recycle. If you’re looking for an alternative to that jam doughnut, you can find egg-white omelettes, low-sodium broth-based soups, whole-wheat buns and wraps, multigrain flatbreads, as well as low-fat and gluten free offerings.

Not your typical fast-food emporium, SumoSalad calls itself “The Healthiest Fast Food Franchise”, and say they are fully dedicated to educating customers about healthy eating options. The wraps and salads are obviously a heck of a lot better for you than a quarter pounder, and there are a range of ingredients labeled ‘97% fat free’, ‘low sugar’, ‘low carb’ and ‘low GI’. On top of that, all chicken served is 100% free range, with no hormones or GM feed.

If the world is not going to turn vegetarian at once, these changes are definitely here to stay! 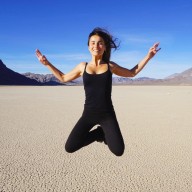